Edokko Mark-Ⅰ consists of a communication sphere, transponder, circuit sphere, illumination sphere, and camera sphere, and is submerged in free fall from the ship into the deep sea. In the water, it sinks about 50 to 60 meters per minute, and by sending sound waves from the ship to the transponder attached to the vehicle and determining the depth according to the speed at which it bounces back, it is possible to confirm whether the vehicle has landed safely on the sea floor.
By converting the sonic signals from the ship into electric current and detaching the weights, the vehicle that has completed its observation will float to the surface by its own buoyancy. After surfacing on the sea surface, the coordinates are confirmed by GPS, and the vehicle is recovered by the ship. 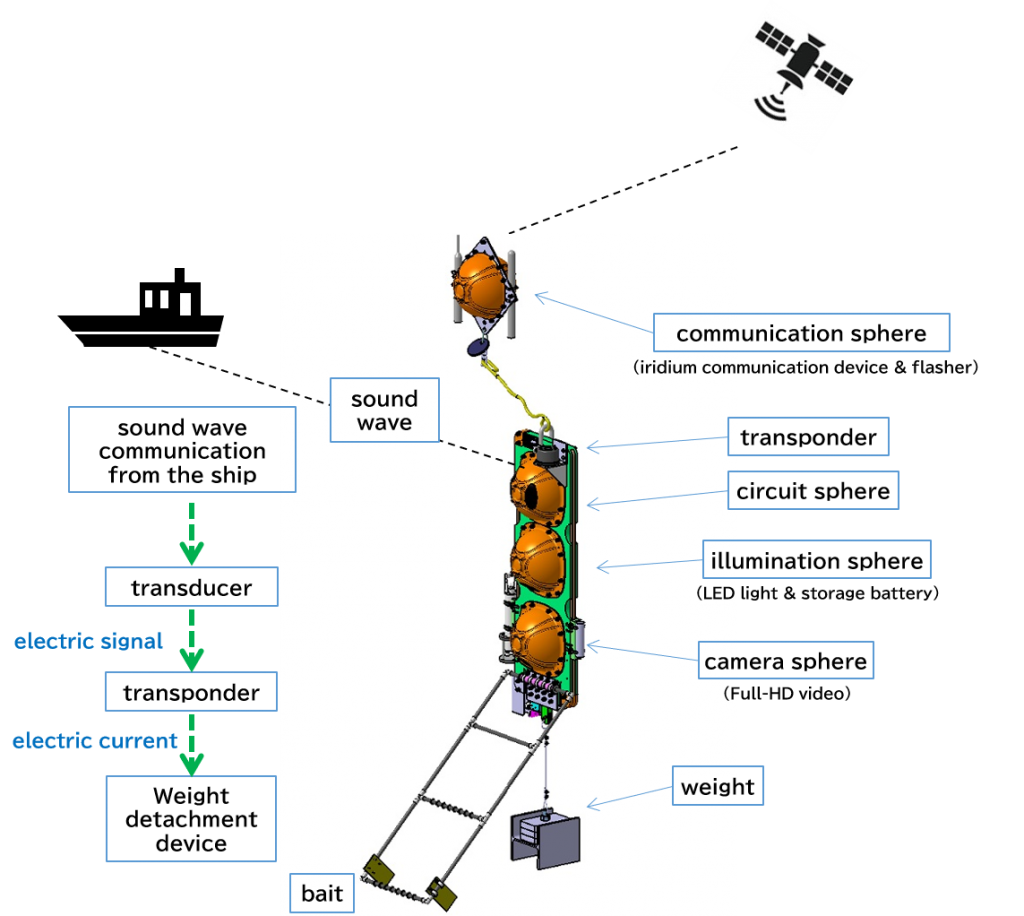 Edokko is available in two types: the standard HSG type and the 365 type which enables long-term ecological monitoring for 365 days.
In addtion to these 2 types, smaller and lighter vehicle “COEDO” was developed so that it can be handled manually without the need for a crane. COEDO is derived from “Compact and Environmentally Deep-sea Observation Lander”. There are two types of COEDO. COEDO Petite with a 10-inch glass sphere and COEDO 13-inch with a 13-inch glass sphere. They are lighter in weight in the air and can be handled by small ships and fishing boats, greatly improving operability. Although COEDOs are smaller, their basic functions are the same as those of the HSG and 365, and both are capable of shooting video with high-definition cameras. With this development, we were able to conduct the first joint diving experiment with a private company.

With the addition of COEDO to the lineup, we now have a wider range of options to meet your needs. 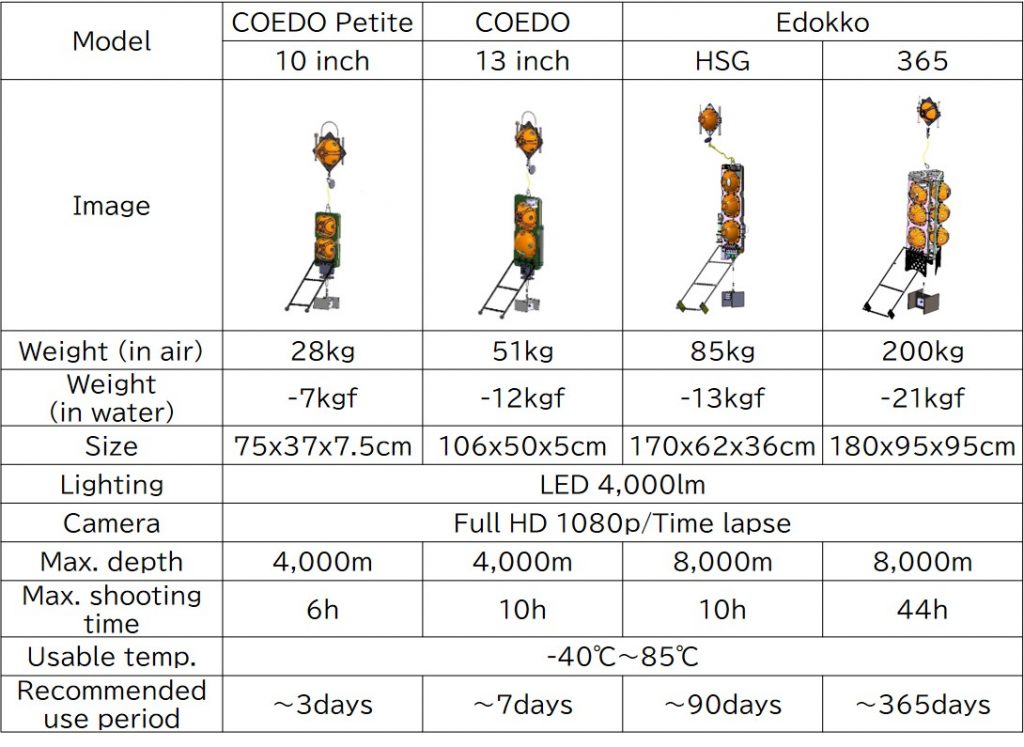 COEDO 13”, Edokko HSG, and 365 models can be customized in various ways by attaching devices and other equipment to the outside of the vehicle.